Exposing the Hidden Repeal within the SECURE Act

While the focus of the recently passed SECURE Act is greater retirement plan access and information, hidden within the Act is a provision that repeals the changes made to the Kiddie Tax by the Tax Cuts and Jobs Act of 2017 (TCJA).  This repeal may have financial benefit for parents who were affected two years ago.

Historically, the Kiddie Tax applied to all children 19 and under and children who are dependent, full-time students between the ages of 19 and 23.   A child’s salary or wages earned are taxed at the child’s individual tax rates; unearned income a child receives from income-producing property (or investment property), such as cash, stocks, bonds, mutual funds and real estate, is taxed at the parent’s tax rates.  This was designed to discourage wealthy parents from putting investment assets in a child’s name and having the unearned income from the assets taxed at rates lower than their own.

The TCJA went one step further and taxed a child’s unearned income at trust income tax rates.  Trust rates reach the highest tax bracket of 37% at $12,950 of income versus $622,050 for married couples.  Lawmakers believed this to be a better way to simplify the Kiddie tax reporting and capture income at higher rates while preventing wealthy parents from manipulating their income tax rates. 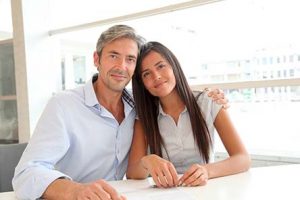 The unintended consequence of this Kiddie Tax change caused survivor benefits received by children of servicemembers who died in active service, or Goldstar families, to be taxed at these higher trust tax rates.  As a result, for low- or middle-income Goldstar families, the child’s benefits were taxed at rates that were significantly higher than the surviving parent’s tax rate.

Once this came to light, both houses of Congress looked to address this anomaly.  The Senate passed legislation that would simply treat the survivor benefits as earned income which would have taxed the benefits at the child’s tax rates.  However, this called into question if other survivorship benefits paid to children should be considered earned income.  Lawmakers resolved the Goldstar issue by simply repealing the TCJA Kiddie Tax changes in the SECURE Act.

While the TCJA Kiddie Tax provision is effective for the 2020 tax year, the SECURE Act also allows taxpayers to retroactively apply this repeal to the 2018 and 2019 tax year.  This is a good example of politicians getting something right on both sides of the aisle.

If you were subject to Kiddie Tax reporting in 2018, you should consider filing an amended return to claim a refund of any excess tax.  There is a good chance that the parent’s income tax rate is lower than the trust income tax rates. For 2019 and thereafter, Kiddie tax planning becomes no different than in prior years. The disincentive to shift income to your children remains but isn’t as punitive as under the TCJA.

Parents affected by the change in 2018 should talk to their advisor about revisiting 2018 returns.  CI Budros Ruhlin Roe prides itself in following changing legislation and how it impacts our clients, and we’d be happy to talk with you about our wealth management services as well. 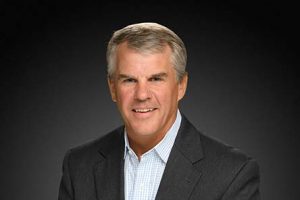