Proposed RMD Changes Could Impact You

For many years now, retirees have operated under a known set of rules. After reaching age 70-½, they had until April 1 of the following year to begin taking their required minimum distributions (RMDs) or face a 50% penalty for failing to do so. This has allowed the government to begin taxing dollars that have been deferred for decades likely in a 401(k) first and then in an IRA after retirement.

There are two potential changes on the horizon that not only will impact how current IRA owners calculate and take their RMDs, but also affect how their heirs will inherit any leftover IRA money upon the account owner’s death.

MOVE RMDs TO AGE 72 WITH CATCH

The first potential agent of change is the Setting Every Community up for Retirement Enhancement Act or SECURE Act of 2019. This piece of legislation easily cleared the House of Representatives earlier this year by a 417-3 margin, but has been mired in the Senate ever since. Its passage yet this year is in question, but it is still projected to pass at some point due to its bi-partisan support.

The SECURE Act, among other things, proposes to push back the age at which RMDs must begin from 70-½ to 72. Effectively, this gives IRA owners another year and a half to allow their account to continue to grow tax-deferred before being forced to take their first withdrawal. As with most things in life, there is a catch. While this is seen as a win for IRA owners, in order to offset this change, non-spousal beneficiaries would now be required to withdraw the entire IRA balance within 10 years versus their current ability to stretch the distribution over their own lifetime (what has been known as the stretch IRA provisions). While this may not matter to the IRA owner, the likelihood is that the beneficiary may still be in their peak earning years and end up paying at a higher income tax rate than the person from whom they inherited the IRA. This will certainly have ramifications and may lead to more or greater Roth conversions if the ultimate beneficiary of an IRA is in a higher tax bracket than the current owner. 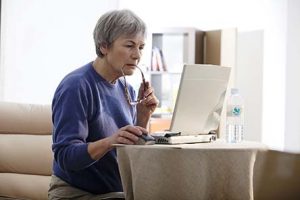 The other new development in the world of RMDs is news that the IRS has proposed regulations that would change the life expectancy used to calculate RMDs for the first time since 2002. The new tables reflect longer life expectancies, which result in lower RMD calculations and could impact you.

For instance, under the current tables, someone who is turning age 70-½ this year and had a beginning IRA balance of $100,000 on December 31, 2018 would need to withdraw $3,649.64 for his or her first RMD. Under the new proposed tables, this amount would decrease to $3,436.43, a decrease of almost 6%. While not a huge difference in any given year, this could add up over a normal life expectancy to a significant amount left in the tax-deferred growth bucket of the IRA.

What’s interesting is the impact that this could have along with the provisions of the SECURE Act, where an IRA owner might die with a larger IRA balance to be inherited by a child in a higher tax bracket who would then be forced to take the funds out over a 10-year period. That could ultimately lead to more income tax being paid to the government than under the current rules, albeit potentially over a longer period of time.

Again, the prospects for the SECURE Act passing this year are not looking good and the IRS will have a public hearing on the new proposed life expectancy tables on January 23, 2020. While it won’t have a direct impact on 2019 IRA planning, it’s good to be thinking about these things now to help inform a strategy in 2020 and beyond. A Certified Financial Planner™ professional can help you take all of these things into consideration and make the best decision with the information that is available on how changes to RMDs could impact you.